The Fire Department Headquarters (HQ) is located at 200 E. 14th Street. Headquarters was constructed in 1993 and the fleet moved in on January 4, 1994. The 19,000 sq.ft. station consists of administration offices, bunk rooms, a commercial kitchen, meeting/training rooms, four drive through apparatus bays, a hose tower, work shop and storage areas. The building was constructed out of all block with a metal roof resistant to winds over 120 miles per hour. The building has a generator back-up to allow partial operations during power outages.

Station 3 is located at 1651 W. Fifth Street. Station #3 is home to our 10 bottle 6000 psi Compressor Cascade system  and SCBA maintenance/testing room Our compressor system allows us to fill our portal air systems on Rescue 8126 and Air Supply 8149 for remote fills from our station..

A storage shed is located behind the station for bulk items used at emergency scene, spare parts,  as well as some training/equipment testing props.

Section 3 operates and maintains the Station, Engine 8134 and a Brush Truck 8138 out of Station 3.

Station 4 was rebuilt from in its original location at 1201 E. 8th Street. The original Station 4 was built in 1958 and demolished in 1998 to build the new station. Station 4 is home to our workout mezzanine and records retention area for the fire department. 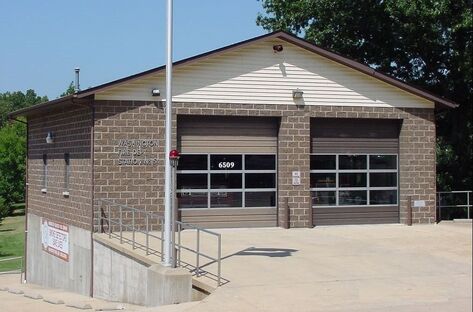 Fire Station 5 was built in 1989 by the Washington Rural Fire Association. This was the first fire station the Rural Association built and expanded fire protection and rescue services to the south of the city limits. The station is located at 6509 Highway YY. The station has two apparatus bays built over a third bay and kitchen/meeting area. 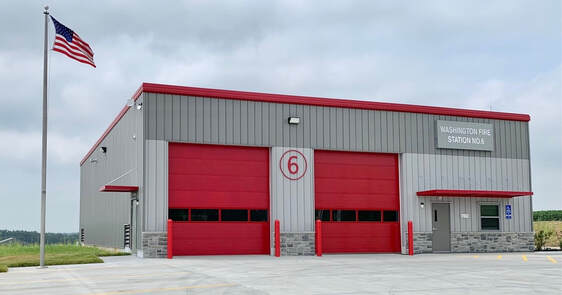 Fire Station 6 was built/funded in 2021 by the Washington Community Fire Protection District.  The land for this station was donated by Charles and Dorothy Eckelkamp. The station is located at 7952 Highway KK. The station has two apparatus bays and a kitchen/dayroom area.

This station provides coverage to the southwestern portion of the district. Section 5 operates and maintains the Station, Pumper/Tanker 8163, is housed and operates out of this station.
Washington Volunteer Fire Company- Copyright 2020